Spent the Weekend with a Handsome Redhead

Two of them, actually. This one is Timber.  You can read about him here:  Jelly Beans for Timber

Proceeds from this painting are also being donated to Adopt a Golden Atlanta, to the Timber fund. 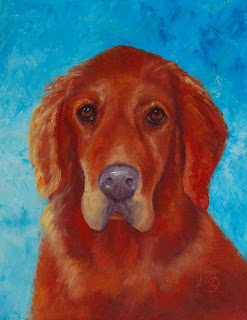 Timber, 11x14" Oils on Board
$200, all proceeds to Adopt a Golden Atlanta for the Timber fund
And who might the second handsome redhead be?  Why, Beck, of course. Last night as I was finishing this painting, he sauntered into the studio after his after-dinner nap. After a moment's serious contemplation, he informed me that *his* nose wasn't quite that purple. Of course, he thought it was a painting of him. However, I take the blame for that, as I have been known to tell him he is the most gorgeous redhead ever.  It seems he believed me. I never knew he was quite so vain about his nose, though.
Posted by Monica Burnette at 4:01 PM
Email ThisBlogThis!Share to TwitterShare to FacebookShare to Pinterest
Labels: Dog Art, Monica Burnette

Thank you for visiting the Daily Painters of Georgia site and leaving us a comment. Have a wonderful day! 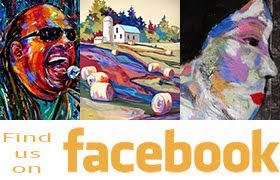 Find out how to become a Gallery Member 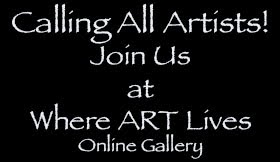